You are required to use at least four tracked devices to capture body animation. They can be either a headset, two controllers and one Vive Tracker, or a headset and three Vive Trackers, or four Vive Trackers. The following four points must be tracked:

To improve the quality of animation, two extra Trackers can be placed on shoulders (we recommend you to attach them closer to elbows) and two Trackers for legs (they should be attached on calves below knees, but other locations are permissible too).

By default, VR Mocap Studio uses inverse kinematics to determine the bending of the spine by interpolating it from the pelvis bone to the head. You can improve the result by using an additional Vive Tracker on the chest. In this case, you will get the real animation of spine motion.

The main problem of hybrid tracking systems not utilizing suits is in the rigid attachment of virtual skeletal bone to a tracked device. This tracker is placed at the skin, and its motion reflects motion of close bones, muscles, and skin motion combined. It’s impossible to isolate the bone motion from them. To minimize this effect, VR Mocap Studio allows one to use two tracked devices per one bone. Primarily, you should consider using two Vive Trackers to capture the pelvis motion.

The quality of animations depends heavily on attachment straps used. Avoid shaking of the trackers. They must be tightly attached to the body and shouldn't be detached from it even during sharp movements.

Also, VR Mocap Studio supports Leap Motion Controller. Since this device requires the presence of hands inside the narrow field of view of the camera, the finger motion with Leap Motion is recorded separately by imposing it on an earlier recorded body animation. 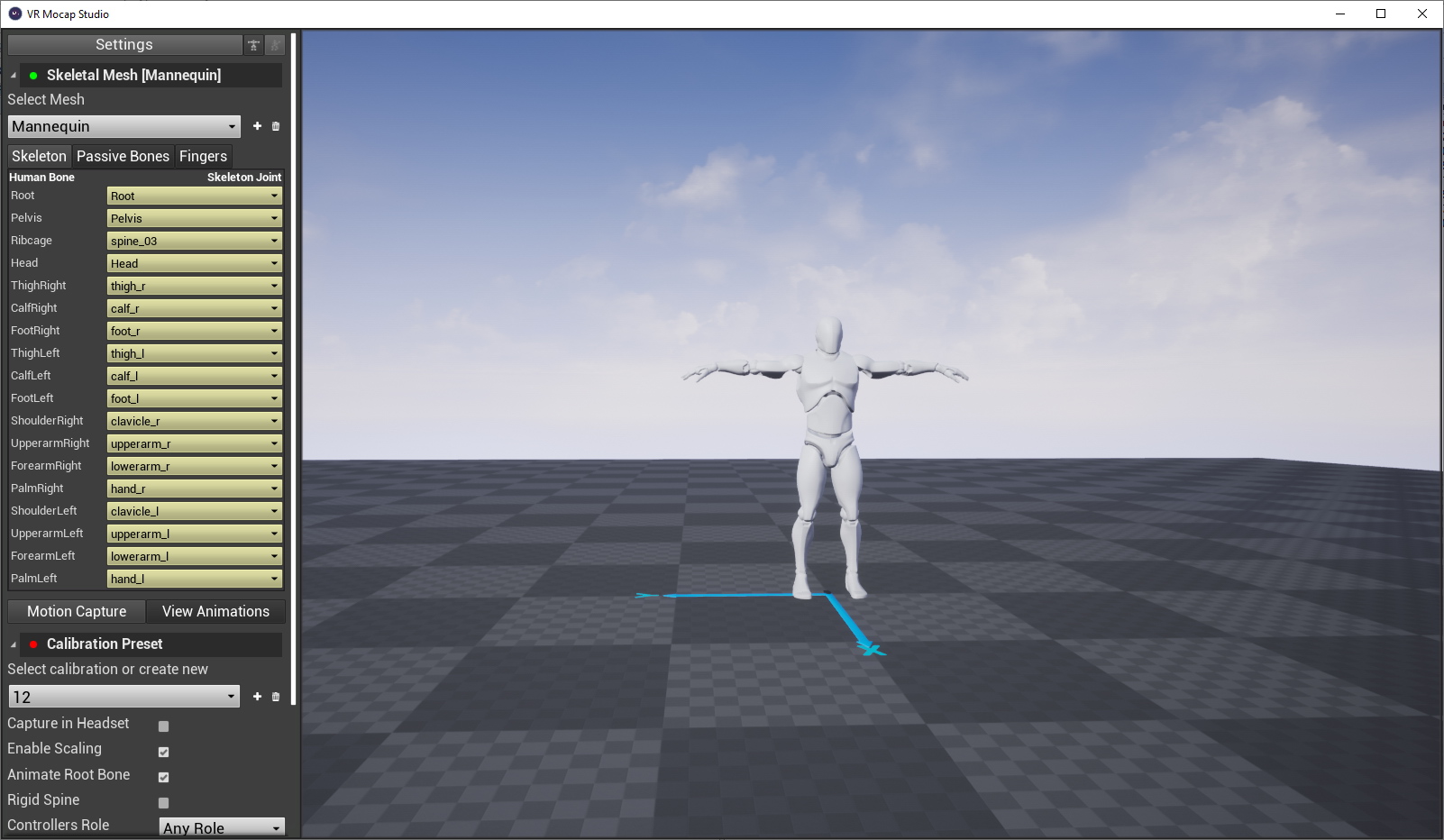